The Nebraska State Fair may seem like a great challenge with its over 5,000 feet of chain link rental fence and thousands of feet of windscreen. However, American Fence Company – Grand Island has more than the resources and capacity needed to get this project installed on a tight timeline. 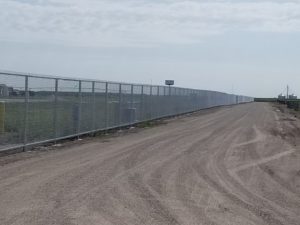 Grand Island, Nebraska is also proud to be the home of the Husker Harvest Days. Husker Harvest Days is the Midwest’s largest working farm show. Each year American Fence Company – Grand Island installs 7,000+ feet of security chain link fence for this event, complete with an operator and access controls to help control and protect the thousands of visitors.